The final design for the southward extension of the West Toronto Railpath continues to include a provision for a future bridge into Sorauren Park. A February 26 public meeting in a packed room at Museum of Contemporary Art showed the plans in maps and diagrams.

END_OF_DOCUMENT_TOKEN_TO_BE_REPLACED 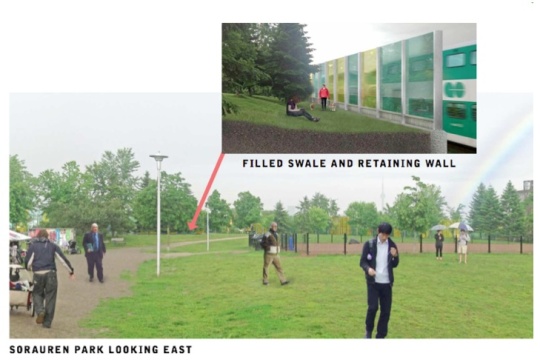 Proposal for noise wall from Metrolinx/GO Transit and IBI Group

Come to the Feb. 24 meeting of the Roncesvalles-Macdonell Residents’ Association to hear Karen Pitre, head of Metrolinx’s electrification project, give an important update.

Sorauren Park and fellow neighbourhoods along the Kitchener-Georgetown rail corridor will bear the brunt of a massive planned increase in carcinogenic diesel GO train traffic, starting with the new diesels of the Union Pearson Express later this year.

There are glimmers of a better idea. The provincial government has released a plan to electrify the GO rail lines under the title “Regional Express Rail.” Mayor John Tory’s overlapping SmartTrack plan also requires electrification of the 19th-century rail corridors, to provide faster, more frequent service with more stops and an affordable fare.

However, there are no firm budget commitments to date. Meanwhile, 16-foot-high (5-metre) noise walls to battle the din of noisy diesels will be constructed this year, including in Sorauren Park.

Help stop carcinogenic diesel particulate matter from getting into the lungs of Sorauren Parkers on rinks, playing fields and at the dog park!

The Roncesvalles-Macdonell Residents Association has launched a petition on Change.org to electrify the Union-Pearson Express diesel train service that will start running beside Sorauren Park next year. You can sign the petition here.

Despite these protests, health evidence, environmental evidence, and economic evidence to the contrary, the Ontario Liberals decided to build a diesel service in time to serve tourists during the two-week Pan Am Games. Following the Games, the UP Express will be an expensive express train service for the downtown business class, with one-way fares expected in the $25-$35 range.

While the protests forced the Liberals to initiate an environmental assessment on electrification, it was delayed by several years, giving time for the diesel system to be installed. As well, there is no funding in place for electrification, even though Metrolinx’s own preliminary studies show that an electric system will be cheaper to operate than diesel.

You can read an open letter to Premier Wynne covering these and other points, with links to relevant sites, here.

Come to the Roncesvalles Polish Festival this Saturday and Sunday, Sept. 14 and 15, and make sure to drop by the Wabash Building Society booth to learn about the latest developments at Sorauren Park.

We’ll have news on Sorauren Town Square construction, with Phase 1 expected to start only weeks away in mid-October. What encompasses Phase 1? Find out at the booth! Also learn more about the Metrolinx noise walls, join the winter rink team, find out about Sorauren Stargazers, and more.

We’ll be there both days from approximately 11 a.m. to 4 p.m. with maps, drawings, hand-outs and great conversation. Enjoy the Festival!

Metrolinx/GO Transit has set Sept. 17 as the date for a public presentation of its proposed noise walls for Sorauren Park and area.

The walls are proposed to mask the sound of increased diesel train traffic on the Georgetown rail corridor beside the park. Carcinogenic diesel rail traffic is planned to increase eight-fold over the coming years, from approximately 50 to 400 trains per day to serve the growing suburbs and the new rail link to Pearson airport.

Community advisory committees have expressed serious reservations about the Metrolinx wall proposals. Some designs will become graffiti magnets, and community proposals to explore “living” green walls were dismissed.  Some voices have also asked that no walls be built in certain areas until the true traffic and noise conditions are understood, especially in the context of proposed electrification of the rail corridor, which would introduce quieter, lighter, faster, non-emitting and cheaper-to-operate trains.

More details including updated sketches of the proposed walls will be posted once available. 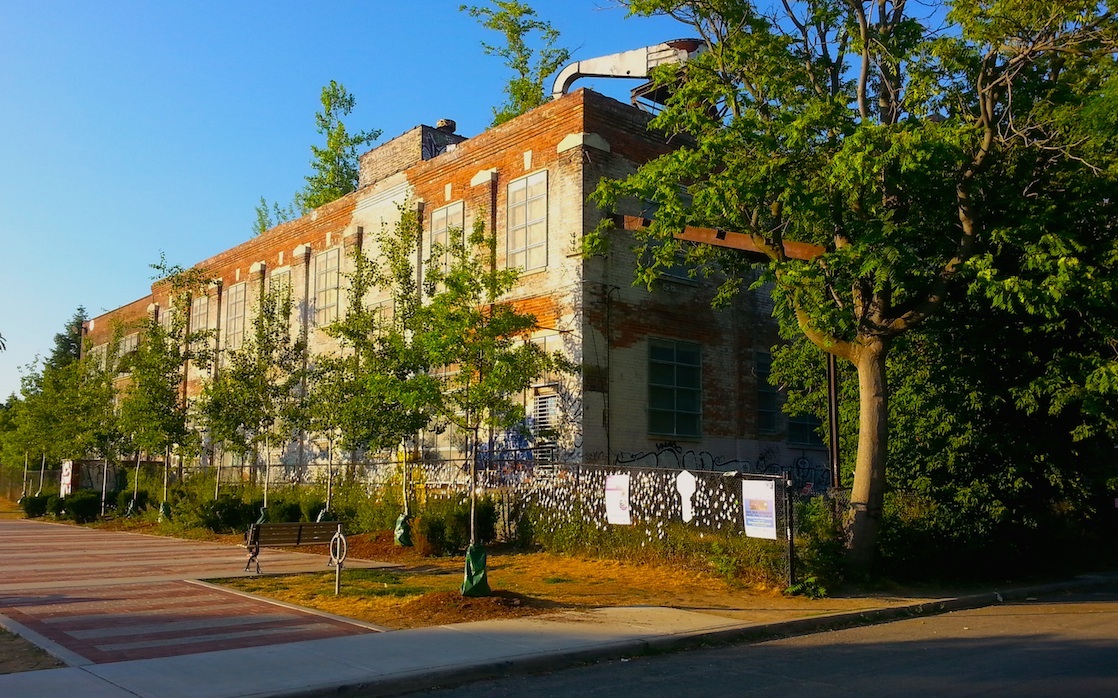 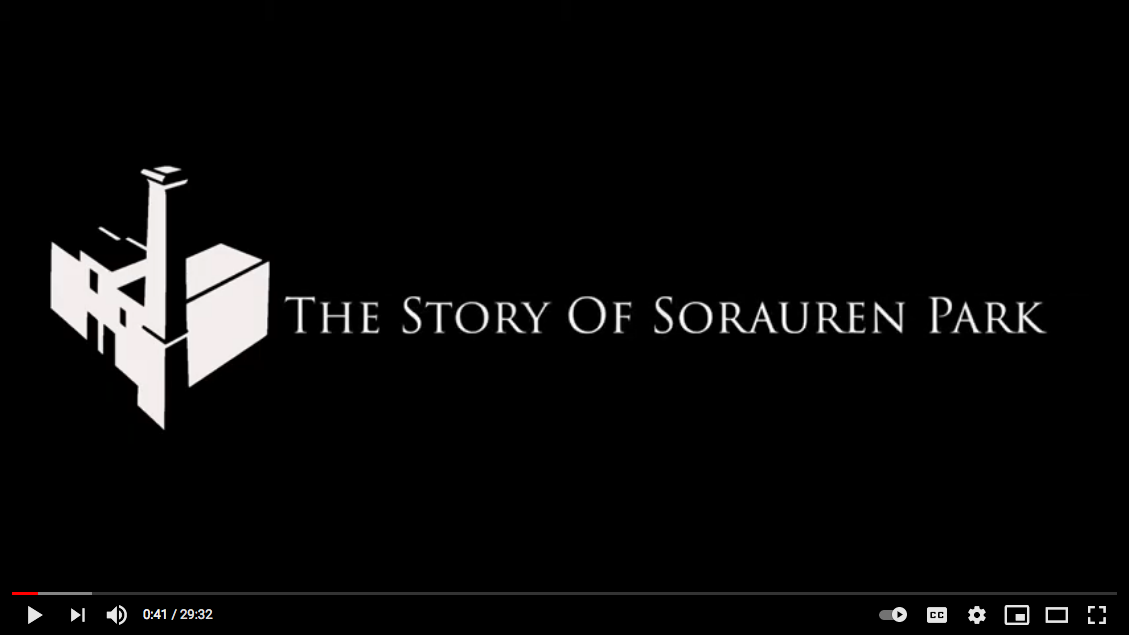 FARMER’S MARKET
Enjoy the Market on its winter schedule inside the Fieldhouse. Every Monday 3-7 pm till December 19, then every third Monday of the month till April 17. For updates, visit the Farmers Market website.

FRIENDS OF SORAUREN PARK MEETING
Meetings are usually held the first Thursday of each month. Contact us for details.