Proposal for noise wall from Metrolinx/GO Transit and IBI Group

Landscape architects on contract to Metrolinx are proposing a transparent, multi-coloured acrylic noise wall for the park along the rail corridor.

The rail corridor is being expanded to accommodate the new Union-Pearson Express diesel rail link to the airport, and an increase in regular diesel GO train traffic. Provincial regulations require noise walls due to the increase in loud diesel train traffic. Metrolinx predicts traffic to increase from about 50 trains per day currently to approximately 200 per day by 2015, and more than 400 per day in the years afterwards.

A full public meeting will be held in September to present refined designs.

Wall design proposed by Metrolinx/GO Transit and IBI Group. View from rail side

The 16-foot-high acrylic walls would extend from the edge of the condos north of the park, south across the entire east side of the park, continuing behind the future community centre and the east end of Wabash Avenue. A different design—precast concrete with transparent top ribbon—would continue south of that point, behind the homes on Macdonell.

Metrolinx has also proposed filling in the existing swale between the top of the berm in the park and the Metrolinx property line, marked by the existing chain-link fence (see illustration). But no decision has been made on the swale.

Members of the community advisory committee have told Metrolinx that the view from Sorauren Park is an important feature worth preserving. At the same time, members are concerned about graffiti on the walls.

The City of Toronto has ruled out willow-based “green walls” primarily because of ongoing maintenance costs and less-effective noise mitigation.

What do you think? Would these walls invite graffiti? Would vine-covered walls be preferable? Maybe a combination of the two, so kids can still watch the trains through “windows” in the wall? Should the swale be filled in? Should it be filled in high enough to create a better toddler toboggan hill? Should the “no wall” option be explored pending further discussions on electrification and real vs predicted noise levels?

Feel free to use the Comment function below to join the conversation. Also watch for news of the September public meeting… sign up for the Sorauren Park News email newsletter, and follow us on Twitter.

For related stories on the rail corridor including the fight for electric rather than diesel cancer trains, click here. 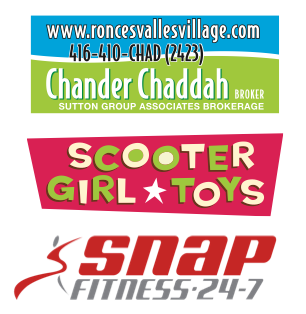 Built and used by Friends of Sorauren Park for park events, the bake oven is also available by permit.

FARMER’S MARKET
Every Monday, 3 – 7 p.m.
The marvellous market has moved indoors into the cozy Sorauren Fieldhouse for the winter season, starting November 4. 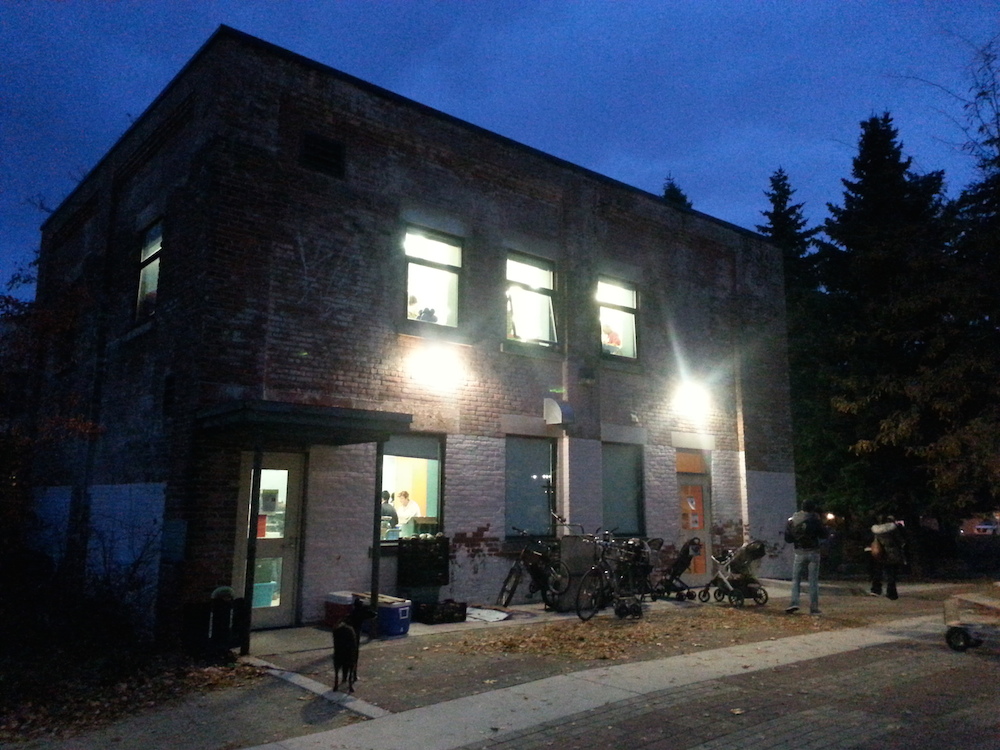