Just in time for 30C temperatures, the shady wading pool at Charles G. William Park is now open daily till September 6. Normal hours are 10 am – 5 pm, but check with staff for adjustments.

The wading pool is open under enhanced safety rules due to COVID. Parents can read the full guidelines on the City of Toronto SwimTO website.

END_OF_DOCUMENT_TOKEN_TO_BE_REPLACED

UPDATED APRIL 3: The City of Toronto has announced sweeping new rules in the battle to fight COVID-19 that affect the public’s use of parks.

“Today, the City of Toronto announced that all City-owned playgrounds, sports fields, basketball and tennis courts, off-leash dog parks, skateboard and BMX parks, picnic areas, outdoor exercise equipment and other parks amenities, as well as parking lots attached to its parks system, will be closed effective immediately, in the City’s continuing efforts to stop the spread of COVID-19,” says the official press release.

It is also now illegal under provincial statute to congregate in groups of five or more. And under a new City order, “Any two people who don’t live together, who fail to keep two metres of distance between them in a park or public square, can receive a $1,000 ticket – the maximum set fine available. Officers could issue higher tickets that would be subject to the courts where fines could go up to $5,000 upon conviction.”

END_OF_DOCUMENT_TOKEN_TO_BE_REPLACED 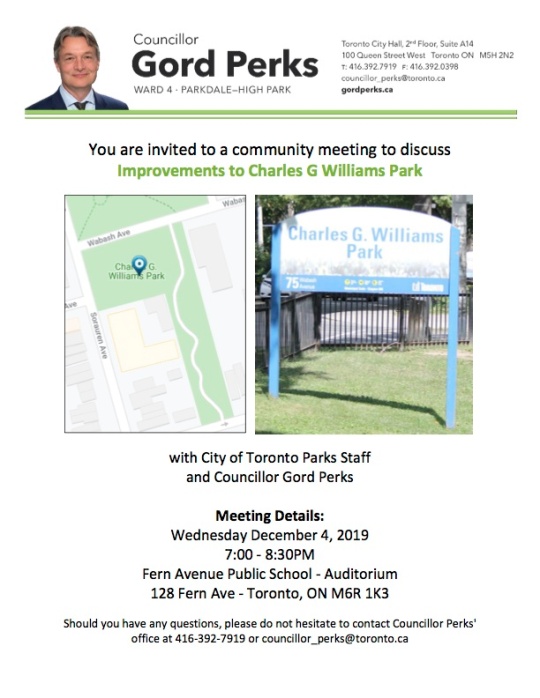 Hosted by Councillor Gord Perks and city staff, the meeting will present a design concept for the park, home of the popular playground, basketball court and wading pool across the street from Sorauren Park. Construction is planned for 2020.

END_OF_DOCUMENT_TOKEN_TO_BE_REPLACED

The Pumpkin Patch on the Sorauren Park Town Square

Mark your calendar… the 12th annual Pumpkin Sale fundraiser takes place Saturday, October 19 from 9 am to 12 noon on the Sorauren Park Town Square. This year’s sale will support the Friends of Charles G. Williams Park fund for the new playground across the street from Sorauren Park.

END_OF_DOCUMENT_TOKEN_TO_BE_REPLACED 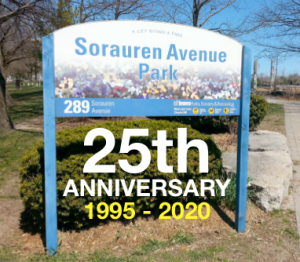 Watch our Sorauren Stories video series in celebration of the park's 25th Anniversary! 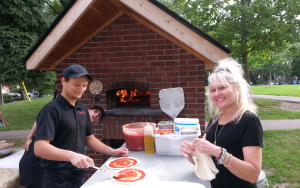