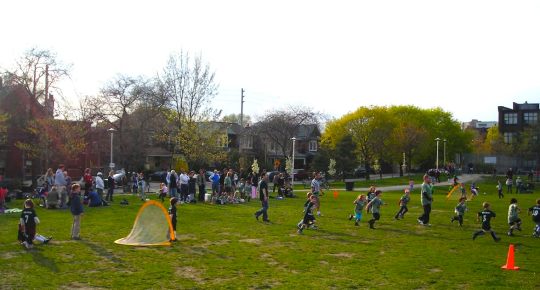 Be sure to have your Family and Client numbers (provided by Parks, Forestry and Recreation) available when you register.

Register early as the spots fill quickly. You’ll find the program codes on the Parks, Forestry and Recreation website. Printed FUN Guides are also available in libraries and community centres.

You can register online or by telephone. Visit the City website for details.

Join us as a Coach!

Sorauren Park depends on volunteer coaches and assistant coaches to make the season a success.

It’s a rewarding experience, lots of fun, gentle exercise, a great way to meet neighbours and contribute to community. 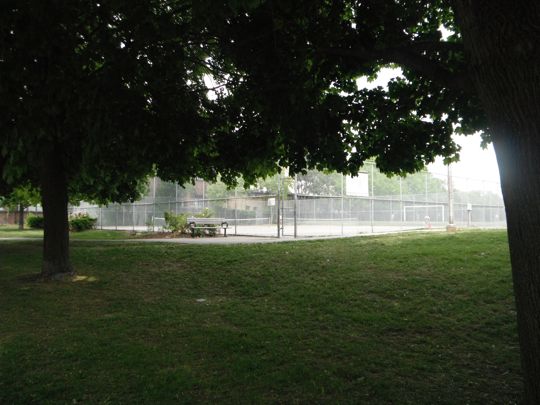 Toronto Parks, Forestry and Recreation is looking for certified tennis instructors for the park’s tennis programs.

You must be able to teach various age groups on Mondays and Wednesdays during spring session 2017, starting May 1, 2017 and running for nine weeks.

Apply through Talent Flow on toronto.ca.

Questions can be directed to Maxwayne Christy at Parks, Forestry and Recreation, maxwayne.christy@toronto.ca

Be sure to have your Family and Client numbers (provided by Parks, Forestry and Recreation) available when you register.

Register early as the spots fill quickly. Visit the Sorauren Park Sports website for more details including program codes and information on becoming a volunteer coach. The league runs on the steam and energy of Volunteers!

Handy with a cordless drill and a hammer? The Sorauren Park Hosers volunteer rink crew will be building the rink at the park starting 10 a.m. on Sunday, Jan. 3, and you’re invited to help out.

We need people to:
• unstack the wood boards stored in the shipping container
• place the boards around the rink perimeter (all-ages activities)
• screw the boards together (bring charged cordless drills, Robertson heads)
• spike the boards into the ground straight and true

It takes several hours, so any time you can spare during the day is a great help.

It’s a fun activity for families. By the end, you’ll take pride in having built this year’s rink. You’ll also have the opportunity to talk to Hoser volunteers… learn how we maintain the rink, and maybe you’ll want to sign up for a weekly flooding shift!

Sorauren rink action on the last day of January 2015

Just some of the 2015 Sorauren Hosers, ready to rock and roll

The Sorauren Hosers Volunteer Rink Crew is getting ready for a new season, and this year has the support of a sponsor.

The 2016 Sorauren Hosers season is sponsored by Meridian Credit Union at Roncesvalles and Howard Park. Thanks to this sponsorship, the Hosers will be able to get new and better hoses, couplings and some new signage.

No experience necessary… training and all supplies provided. Fill out our simple form if you’re interested in joining. (Bonus: Once you’re on the list, you’ll get notices for our Rink Drinks on Roncy.) Volunteers typically work one night per week, with a crew of two to four people.

The Sorauren Rink is a natural ice rink usually on the baseball diamond with two pads, one for shinny and one for pleasure skating.

Because it’s natural ice, the season is dependent on Mother Nature. Crews will flood every night at 9 p.m. as long as it’s cold enough. We typically need three to four nights of consistent below-zero weather to begin flooding.

Thanks to also to Parks, Forestry and Recreation for providing hoses, scrapers and water supply from the Fieldhouse.